Donate to this film

Learn more about ways you can support this film

Have you ever drifted from your best friend?

I thought mine would remain beside me forever. I pictured us laughing as bridesmaids at each other’s weddings and raising our kids side-by-side. She knew me better than anyone. So what happened? Did I do something wrong? Or did we just grow into different people, during the most formative years of our life?

For a teen girl, losing a best friend can feel like losing your entire world, but it’s rarely given the same weight as losing a romantic relationship. Growing Pains follows  childhood girlfriends Zoe and Nat, who face the tumultuous transition from middle to high school as their friendship drifts apart. A real and raw coming-of-age story about identity, sexuality, the aftermath of surviving cancer, and growing into yourself amidst a society that throws a rug over the serious hardships that teen girls face. Addressing disability, queer representation, and mental health; Growing Pains is a love letter from my co-writer Mariana Fabian and me, who have forever struggled to see our stories depicted accurately on screen. Or, depicted at all.

Growing Pains is written, directed, produced, and filmed by women. Our film is a female-centered story, so it’s only appropriate that women are both in front and behind the camera.  According to the Geena Davis Institute, only 7% of directors, 13% of writers, and 20% of producers are female. In the entertainment industry, men outnumber women in key production roles by 5 to 1. Growing Pains is supporting female filmmakers and championing diverse, real stories about young women. Shot entirely in Massachusetts, Growing Pains uplifts local New England artists and locations.

Zoe Christopoulos and Natalia “Nat” Guzman are childhood best friends. Zoe is a bubbly and self-involved childhood cancer survivor. Nat is witty, hard-working, and reserved. During the summer before high school, their friendship drifts apart as they each set out on their own journey of self-discovery.

Zoe develops insecurities about her body, which stem from a cancer scar that divides her stomach in half. In an attempt to feel more confident in her own skin, she joins the crew team but then develops body dysmorphia and an eating disorder. Crew becomes quite toxic for Zoe, as she is trying to make the lightweight boat. She resorts to unhealthy habits, like using diet pills and restricting her eating. Zoe meets Dan, an older boy on the crew team, who pressures her into sexual encounters. Zoe pretends to be someone she’s not and loses her innocence too fast, which ultimately makes her feel worse.

Zoe’s self-involvement prevents her from noticing Nat as she navigates discovering her sexuality and first crush on Lexie, a new co-worker. Her dad is uncomfortable with Nat’s budding relationship, as he comes to terms with his internalized homophobia.

Nat struggles to manage her family’s expectations, as her parents put tremendous pressure on her to work full time at her family’s restaurant. She has the responsibilities of an adult and no free time to be a kid, as she is expected to run the restaurant and help her family succeed. Nat’s home life fractures, as her relationship fails with her dad and her grandmother becomes ill.

Zoe and Nat’s friendship comes to a boiling point as Zoe is unaware of what Nat is going through and Nat puts little effort into maintaining their friendship. As Nat hangs out more with Lexie, Zoe becomes jealous and afraid of where she stands with Nat.

Will Nat and Zoe be able to rectify their fragmented friendship?

Zoe Christopoulos, a 15 year old cancer survivor, struggles with body dysmorphia and an eating disorder as she pursues crew. Played by Molly Morneweck, a high school student from Wayland Massachusetts with a love of performing. After many roles in the theater, this is her first film project. The role of Zoe resonates with Molly, who is also a rower with a medical history that includes a tumor removal at age six. She is thrilled to be a part of this amazing film.

Nat Guzman, a 14 year old closeted lesbian Latina, feels an immense sense of responsibility to manage her family’s expectations and balance her home life. Played by Deanna Tarraza. Deanna Tarraza was born and raised in Boston, MA. Her love for acting started at the young age of eight when she began doing commercial and print work. Since then, she has been in a number of projects with Growing Pains being her first lead in a feature film.

Mariana Fabian – Mariana Fabian (she/they) is a film studies/media scholar at NC State and a student journalist. She is the Writer and Associate Producer for Growing Pains. She helped write this film because she wanted to see more characters like herself on screen.

Lynn Weissman – Lynn Weissman (she/her) is an award-winning DP/Cinematographer based in the Boston area. Her work has aired on major networks including PBS, HBO, Discovery+, and has screened and won awards in film festivals worldwide.  Weissman’s narrative cinematography work includes Penny, Season 3 of the Unconditional Love web series, and The Secret We Hide Tiki Tok mini-series. More about Lynn Weissman at WeisswomanProductions.com and imdb.com/name/nm2363120/. 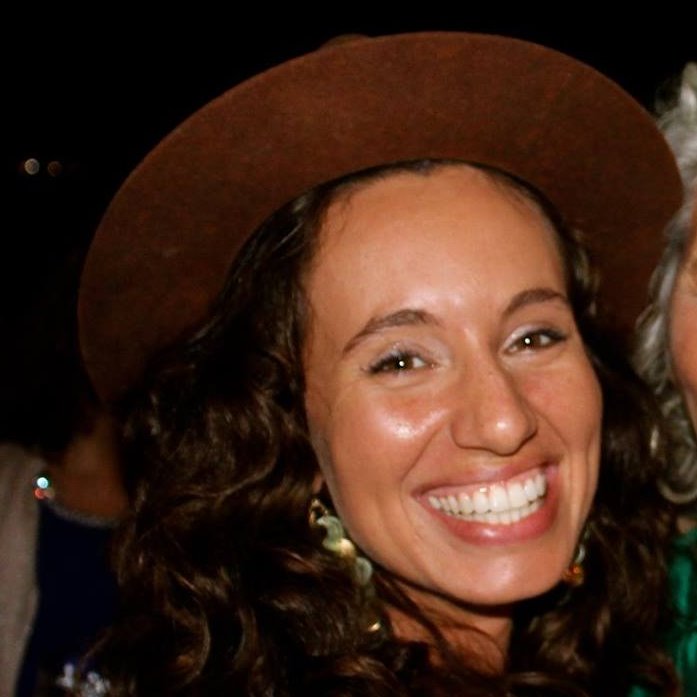 Lia Lucine Cary – Lia-Lucine Cary (she/her) is the Assistant Director & Associate Producer for Growing Pains.  Lia-Lucine is a creative filmmaker whose central aim is to capture untold stories and to inspire people to rethink their relationship with each other and the natural world. She has pursued her love of storytelling through filmmaking, teaching, and advocacy. Lia has filmed and produced projects with the world’s leading media and brand outlets including USA, MTV, and Google.

We are filming over 21 days from August 9 to September 10, 2022. We are filming at 9 different locations across Massachusetts. Debut dramatic feature films like The Novice, Pariah, and Eighth Grade have premiered at festivals such as Tribeca and Sundance Film Festival, and have landed on streaming services such as HBO, Hulu, Amazon Prime, and ShowTime. We see Growing Pains aligning with these films.

$25 – Receive a social media shout-out on our Growing Pains Instagram & Facebook accounts, plus a “Special Thanks” mention in the film credits!

$50 – A Behind-the-Scenes digital photo book & a digital thank you note from Catherine Argyrople. And, all of the perks above!

$75 – A Growing Pains-inspired playlist on Spotify. And, all of the perks above!

$150 – A digital copy of Catherine Argyrople’s annotated Growing Pains director script. And, all of the perks above!

$500 – A digital download of a signed Growing Pains poster. And, all of the perks above!

$1,000 – A Headshot Photography Session with Catherine Argyrople (applicable to MA residents only, redeemable in September 2022), as well as 2 tickets to the premiere of Growing Pains (travel & accommodation not included). And, all of the perks above!

$3,000 – A Associate Producer Credit on the film & IMDb, as well as 2 tickets to the premiere of Growing Pains (travel & accommodation not included). Plus, an exclusive Zoom Q & A with Writer/Director/Producer Catherine Argyrople to answer any of your burning questions about Growing Pains. And, all of the perks above!

$5,000 – A Producer Credit on the film & IMDb, as well as 2 tickets to the premiere of Growing Pains (travel & accommodation not included). Plus, an exclusive Zoom Q & A with Writer/Director/Producer Catherine Argyrople to answer any of your burning questions about Growing Pains. And, all of the perks above!